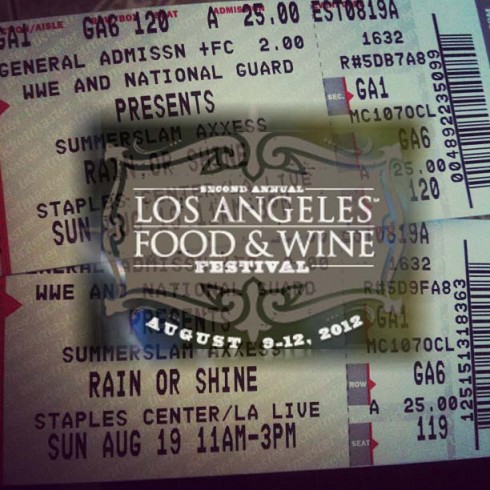 LAFW. YES. IT IS COMING.

Aloha, y’all — so the LA Food and Wine Festival hath been generous enough to grace us with 2 pairs of tickets to the Asian Night Market at LA Live, which is where our truck shall be rolling up to!  IT IS GONNA BE CRAZY, PEOPLES. I’ve run the gamut at last year’s LA Food and Wine Festival and had the most bodacious time.  And found that there were always more than a few inneresting surprises at each event, to booty.

With each ticket running at $75 a pop, consider yourself nabbing a pretty good deal.  All ya gotta do to play the game is have your camera phones ready, access to Twitter and a craving for Kogi and/or Roy Choi Papi Chulo.  And the ability to hashtag “#FindLAFW”.  Pretty simple.  And LET’S KEEP THIS SIMPLE, FOLKS.

The first person to nab a shot of Roy Choi Papi Chulo’s latest tattoo (hint: flying Asian dragon) OR the best recreation of a classic Kogi shot will win a pair of tickets. 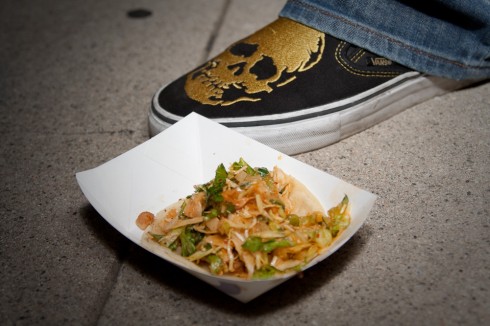 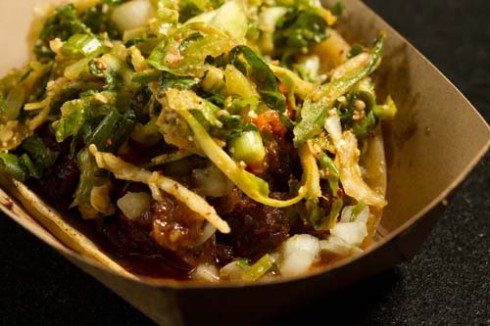 So I’m giving away a pair of tickets to not the most accurate, but THE BEST recreation of the classic Kogi shot, which must include 1) taco  2) kicks  3) concrete in order to qualify.

Once you take the photo, throw it up on the twitterfeed @kogibbq WITH #FindLAFW included somewheres in there.  Simple as that. 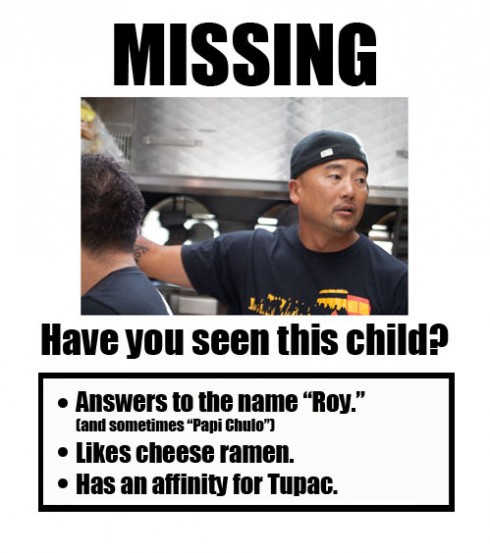 this is about as Where's Waldo as this game shall GET.

Since this one may or may not be a little more challenging, I shall give you some hints as to his whereabouts today.
1) He’ll be selling fruit from 3-5PM at the South Central Expo Fruit Stand from 3-5PM at MLK and Bill Robertson. Why?  Because he’s Roy f*cking Choi aka Papi Chulo, that’s why.
2) He’ll be running the circuit from Chego to Alibi to Sunny Spot and A-Frame between 6-9PM. Ask him for a photo.  It’s cool.  I gave him fair warning.
3) Anything after — he might hit up a truck at our late night Sawtelle stop. He won’t run.  He won’t hide.  Guaranteed.  (I promised him some cheese ramen.)

First person to snap the tattoo on his arm and follows 3-step instructions shall be awarded tickets.

Additional hints on his latest tattoo.  Um… it’s not on THIS arm. 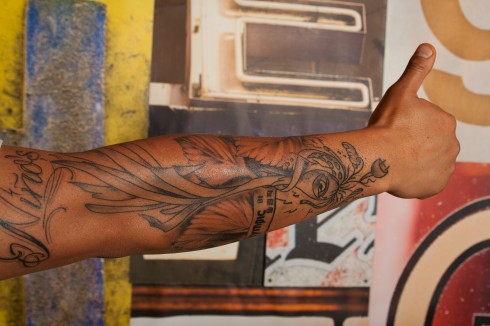 And that’s IT.  And let the games begin!  (And no, I’m NOT going to quote Hunger Games regarding odds or favors!!  I’m still VERY pissed off at Books #2 and #3!)

0 Responses to FREE TICKETS TO LA FOOD AND WINE FESTIVAL… cuz we all like free sh*t.