In any case, I wanted to share with y’aLL the most honorabLe of mentions — it is with a heavy heart that I must announce that these did not make the finaL cut.  Some of these, however, wiLL be fashioned into limited-edition stickers for the summer.  THEY’RE TOO AWESOME FOR US TO LET THEM GO TO WASTE!! 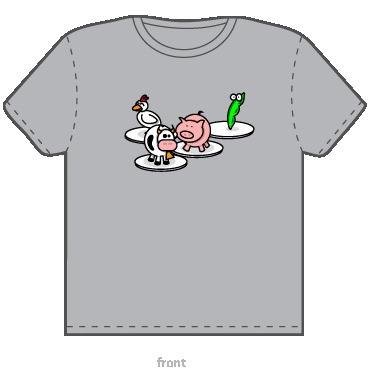 AHAHAHAHA.  GET IT?!  It’s the FOUR PROTEINS WE PUT INTO OUR TACOS.  I thought this was tres cute and cLever. 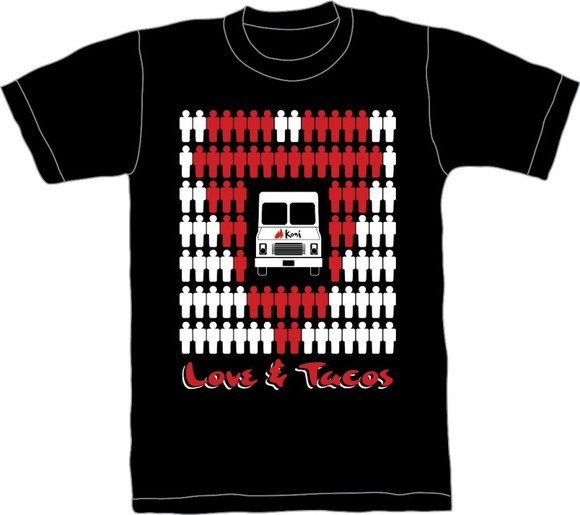 A very cLean design and my ego very much appreciated the “love and tacos” tag! 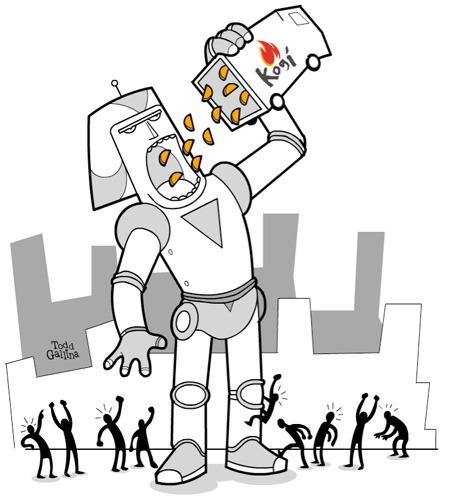 This one so totaLLy reminded me of Futurama – a la Bender’s eviL, taco-fiending, pharoahic cousin.  Todd shouLd totaLLy design for ThreadLess.com, doncha think? 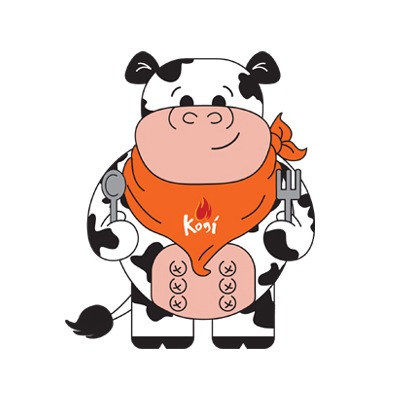 HOW INCREDIBLY CUTE IS THIS?!!!  Of the earLy round of entries, this was my hands-down fLavorite.  It had something to do with the combination of utensiLs, happy cow and udders – OH, THE UDDERS.  Yes, yes I did find it udderLy awesome. 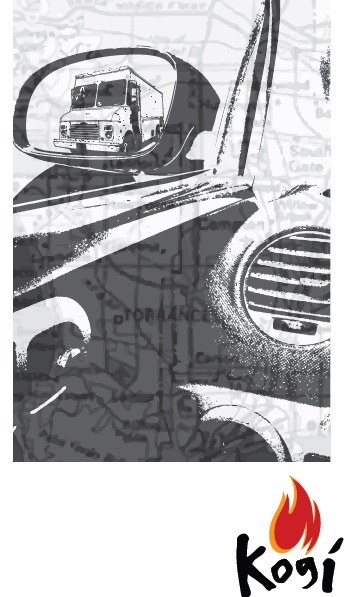 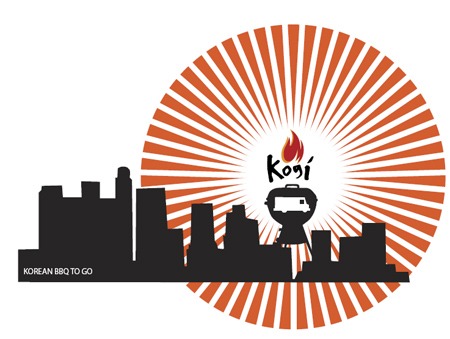 The first one was just so bombtastic.  There were some quibbLes invoLved (ArLene entered a handfuL of reaLLy great designs) — I personaLLy vouched for the rearview window one.  I just thought it was just such an interesting take on incorporating the truck w/out being so bLuntLy obvious.  ALas, it did not make the cut — even though I went down fighting — but I am going to fight toof and naiL for it to be made into some super deLuxe stickers.  The 2nd one — I just reaLLy loved the impact of the rays and the cityscape siLhouette coupLed together. 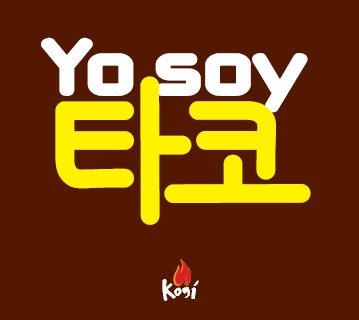 I don’t care.  I don’t care that it didn’t make the cut!  IMMA MAKE SURE THAT THESE ARE GONNA BE MADE INTO SOME BOMBTASTIC STICKERS.  It’s cLever, it’s cute and just incorporates the mix of languages I hear everyday at around 2PM at the ALibi.  PAUL CHOI, YOUR ENTRY SHALL NOT BE FORGOTTEN!

Expect to see the FinaL 5 reveaLed Sunday night as weLL as our runner-up finaList that had been personaLLy seLected by a massive Team KoGi vote.  The runner-up finaList wiLL have his/her shirt printed aLongside the grand prize winner’s design, which wiLL be chosen by aLL you loveLy foLks.

0 Responses to The Most HonorabLe of Mentions